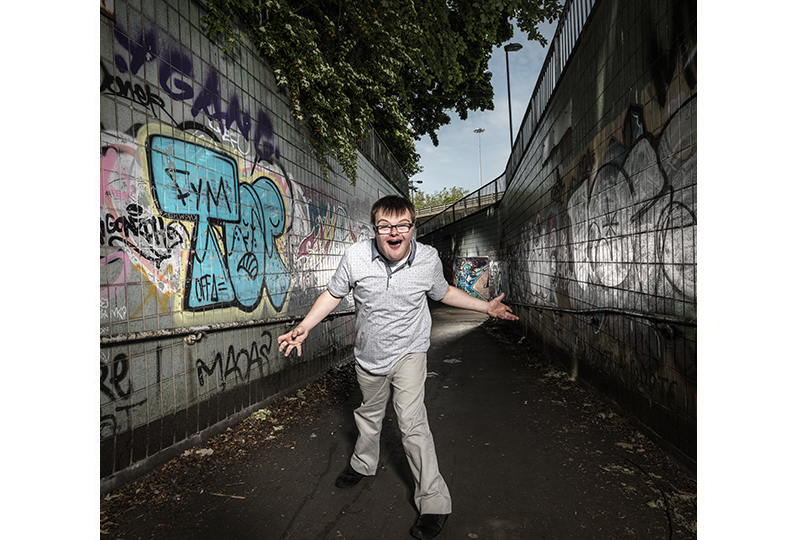 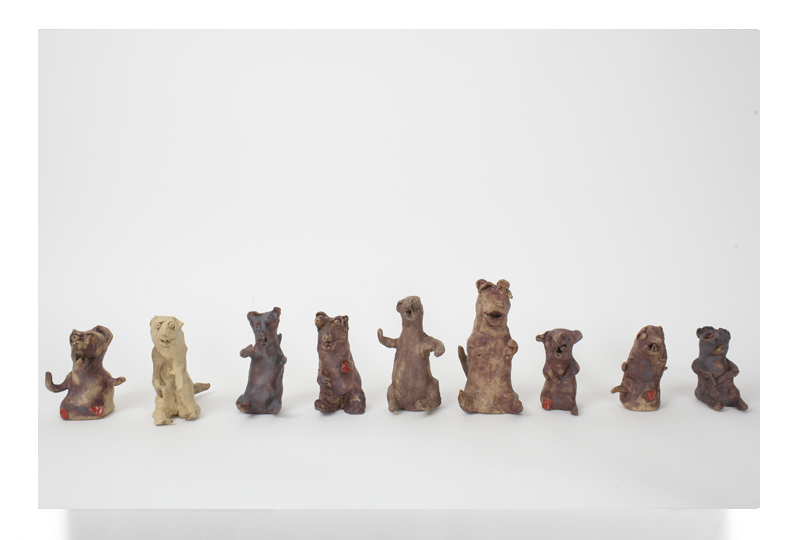 'Army of Weasels' - Ceramics various sizes. All enquiries to buy@heartandsold.org.uk

“Art makes me feel powerful and part of something awesome” says Manchester-based artist and rapper Dominic, one of Heart & Sold’s inaugural artists, who was involved with the collective’s exhibitions in London, New York and Salford.

He is influenced by his other interests, including wrestling, rap music and graffiti – and more unusually, weasels! This lifelong fascination, based on his love of Wind in the Willows, inspired his Army of Weasels, which has exhibited several times – most recently at the Manchester Open 2020, held at HOME Manchester. He has also recorded Weasel Nation, a rap song, and collaborated on an interactive video game of the same name, which was part of the This is Human takeover of HOME in 2017.

In a bid to spread his love of weasels, he has run demonstration workshops on how to make clay models of them and is currently working on an instruction video for use online.

Dominic also has his own YouTube channel (Dominic GTV), where he regularly posts film reviews, music videos for his rap songs and drawing tutorials.